This blog is maintained by the Ruth Institute. It provides a place for our Circle of Experts to express themselves. This is where the scholars, experts, students and followers of the Ruth Institute engage in constructive dialogue about the issues surrounding the Sexual Revolution. We discuss public policy, social practices, legal doctrines and much more.

Ruth Bader Ginsburg Was the Sexual State in a Black Robe

“Ruth Bader Ginsburg was doubtless a fine person and dedicated to her ideas,” said Ruth Institute President Dr. Jennifer Roback Morse, Ph.D. “I pray for God’s mercy on her soul, and solace to her family. But her ideas are dividing America.”

“For Justice Ginsburg, the Sexual State trumped everything else, including First Amendment freedom of religion, common sense and basic science.”

Calling the late Supreme Court Justice “the personification of the Sexual State in a black robe,” Morse explained: “She consistently solidified the most radical tenets of the Sexual Revolution using the power of the State. She used the highest law of the land to overturn democratic processes that tried to protect traditional sexual morals.”

In abortion cases where even most of the court’s liberal members favored restraint, she remained an unapologetic champion of abortion without exceptions. Justice Ginsburg allowed radicals to use the power of the State to enforce their views on LGBT issues, including “transgenderism.” In June, she was part of the majority that applied workplace anti-discrimination provisions of the 1964 Civil Rights Act to homosexuals and the gender-confused.

According to Morse, “This marked the first time the Supreme Court equated so-called sexual orientation with race and religion – a move which would have confounded the authors of the ’64 law. Although meant to cover employment, the decision will inevitably lead to removing remaining barriers to a distinction between women and men who call themselves women, their DNA notwithstanding.”

“The ruling essentially erased women,” Morse observed. “So it’s ironic that Justice Ginsburg is being hailed as a champion of women’s rights.”

“In addition, her dissents showed a marked hostility to religion. For instance, in Little Sisters of the Poor vs. Pennsylvania (2020), six justices upheld a Trump rule exempting the sisters from a provision of the Affordable Care Act, which would have forced them to provide contraceptives to employees through their health insurance plan. Ginsburg was one of only two justices who dissented.”

“In 2016, Donald Trump was elected to put the brakes on the Sexual State. He can make a significant step in that direction with a prompt replacement for Ruth Bader Ginsburg.”

“There’s no other way to describe it: The global elite likes pedophilia,” said Ruth Institute President Dr. Jennifer Roback Morse, Ph.D. “Of all of the demons released by the Sexual Revolution, the exploitation of children is the most depraved.”

Morse charged: “The evidence is overwhelming. The sexual abuse of children is a growing scandal in our society. At our Summit for Survivors of the Sexual Revolution, I stated flatly: ‘The Global Ruling Class likes pedophilia.’ In the six weeks since I gave that talk, three more incidents point to the same conclusion.”

“First, the Democratic Party nominated Kamala Harris for Vice-President of the United States. In the seven years she was San Francisco’s District Attorney, she did not prosecute a single priest who was accused of sexual abuse. She couldn’t find a single priest, living or dead, whose behavior needed to be examined in the entire Archdiocese of San Francisco. Unbelievable.”

According to a recent book by Peter Schweizer, Profiles in Corruption: Abuse of Power by America’s Progressive Elite, of the 50 largest metropolitan areas in the United States, San Francisco was the only one in which no priests were prosecuted.

Meanwhile, Netflix began promoting the film “Cuties,” to air September 9. Morse explained: “The movie is about a group of pre-teen girls doing highly eroticized dance routines to win a competition. From the way they’re dressed to their moves, ‘Cuties’ sexualizes girls who were playing with dolls a short time ago. Such depictions groom young women to be victims. What kind of mind even conceives of such a program?”

Thirdly, a committee of the California Assembly voted 6-2 to weaken the prohibition on statutory rape. The bill exempts from mandatory registration in the state’s sexual offender registry an adult who had sex with a minor, if the ages of the victim and the perpetrator are less than 10 years apart. “Do the sponsors of this legislation understand that it would exempt a 20-year-old who had sexual relations with a 12-year-old?” Morse asked.

She added, “Any time you reduce the penalties for statutory rape, you encourage it. That California is in the forefront of this dangerous movement is hardly surprising.”

“The same elite that claims to be horrified by pedophilia is blasé when confronted with the evil. Sex with children is one of the few remaining taboos. Radicals are determined to sweep it away so that nothing interferes with indulging their appetites, no matter how perverse.”

See Dr. Morse’s speech at the Summit for Survivors of the Sexual Revolution, “Childhood Sexual Abuse: Ending It, Healing It.”

The Ruth Institute is a global non-profit organization leading an international interfaith coalition to defend the family and build a civilization of love.

To schedule an interview with Dr. Morse, contact media@ruthinstitute.org.

Taking a Stand Against the Sexual Revolution

This article was first published August 6, 2020, at tfpla.org.


On July 17-18, 2020, members of Tradition, Family, Property (TFP)-Louisiana united with activists from around the country in Lake Charles, Louisiana. The Ruth Institute’s Third Annual Summit for Survivors of the Sexual Revolution brought together a diverse crowd for both online and in-person presentations. Participants overcame the restrictions making travel more difficult to make the sacrifice to discuss the state of the nation’s culture war. 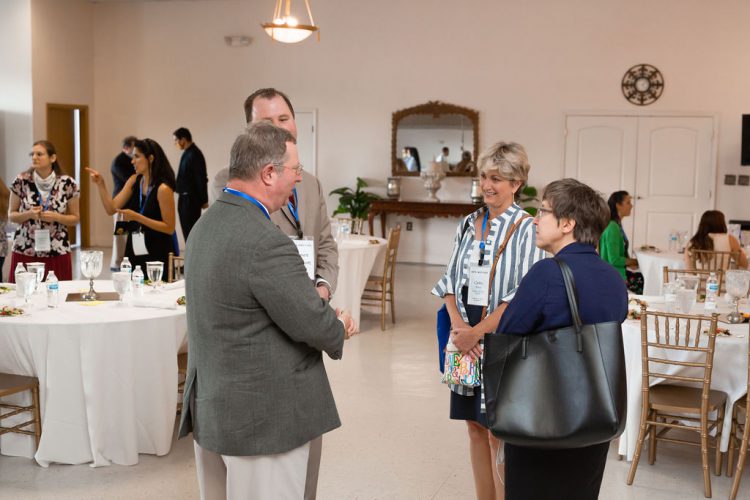 All attendees were eager to share strategies and network with other activists.

Members of TFP—Louisiana shared their own stories about fighting back against the Drag Queen Story Hour held at public libraries. During the concluding activist panel, Thomas Drake, president of TFP Louisiana, presented a new video showcasing the TFP’s efforts fighting back against this effort to ruin children’s innocence. Those present gave the video a standing ovation. 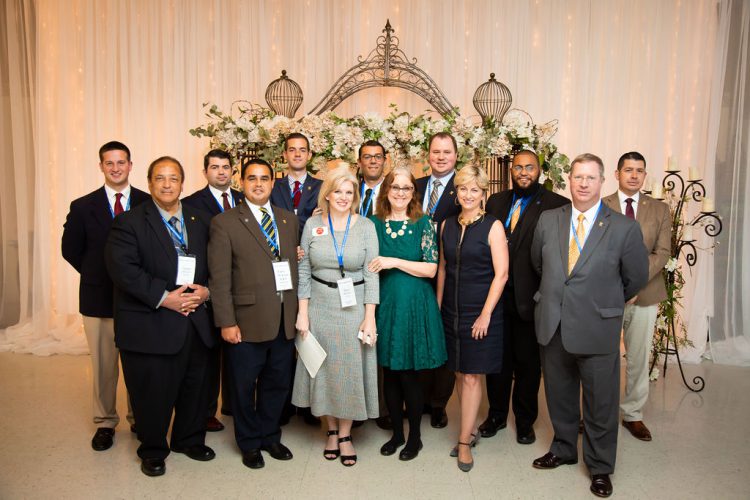 The summit presenters highlighted a common theme: the Church was right all along in insisting on chastity. May all Americans of good will heed the call to promote and defend this truth for the healing of America.

“Dr. Fauci, can we decide for ourselves how much risk to take?”

Morse’s comments were in reaction to the April 15th Vanity Fair interview with Dr. Anthony Fauci, director of the National Institute of Allergy and Infectious Diseases. In regards to people using dating apps like Tinder or Grinder, Fauci said, “If you’re willing to take a risk—and you know, everybody has their own tolerance for risks—you could figure out if you want to meet somebody. And it depends on the level of the interaction that you want to have. If you’re looking for a friend, sit in a room and put a mask on, and you know, chat a bit. If you want to go a little bit more intimate, well, then that’s your choice regarding a risk.”

Morse said, “Dr. Fauci was at his scientific best when he stated that asymptomatic carriers of the Wuhan virus could infect strangers whom they meet on dating apps. But he could not bring himself to say, ‘therefore, stop using these apps. You don’t need to have sex with strangers, especially not during a global pandemic.’”

Morse noted that casual sex routinely spreads syphilis, gonorrhea and HIV. “Surely Dr. Fauci knows that having sex with someone is much more dangerous than shaking hands or hugging. Yet elderly people are dying alone, unhugged and untouched, out of fear of spreading the Wuhan virus via asymptomatic carriers.”

Morse, author of six books on marriage, family, and human sexuality, stated that social isolation is itself harmful, especially for people with health vulnerabilities. She asked, “Why can’t the family decide whether the risk is worth the benefits of hugging their loved ones, or even being in the same room with them? The nursing homes and hospices are reporting heartbreaking scenes of elderly people waving to their loved ones through the window, sometimes unable to understand why their grandchildren cannot come in and hug them. The inconsistency on the part of the public health establishment makes no sense.”

Morse speculated, “Perhaps the disparity is due to the fact that those who are called ‘sexually active’ have a lobby which will fight to protect their rights to engage in whatever sexual activity they want. Ordinary families who want to interact in a humane and civilized manner, seemingly have no lobby.”

The Ruth Institute is a global non-profit organization leading an international interfaith coalition to defend the family and build a civilization of love.

To schedule an interview with Dr. Morse, contact media@ruthinstitute.org.